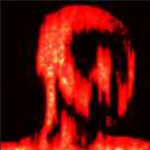 TheMysteriousHood is a member of staff on this wiki!

According to this piece of code technology, it is Saturday, amrite?

I mostly see myself as a Wikia veteran since I was on this Wikia since 2014 and was active at random intervals, but now I am much more active.

TMH, Hood or hodd (by Fico)

One of 13 Slavic countries.

Mysterious and somewhat bold, if not insane.

Degenerates, heat, sunlight (for most time) most mainstream things, those rich people who call poorer people "peasants", people who get triggered very easily.

Most liked ideologies: Libertarianism, nationalism to some degree and republicanism.

Most disliked ideologies: Communism and corporatocracy.

Shadow of Unknown - My oldest Pasta which speaks about an shadowy outcast seeking revenge for merely getting banned.

Shadow of Unknown 4: After Minecraft - The aftermath of war against Minecraft.

Shadow of Unknown 5: Headless Horde (WIP) - The siege against the technological world of today.

The Heart of Nether (WIP) - They say that curiosity killed the cat, or did it?

The Vultures (WIP) - The wonderful story of Minecraft Creepypasta Wikia and it's users.

The Jester - You cannot fool all people all the time.

Cooking With Creeper (WIP) - Cooking is fun, as long as you are not a wolf in sheep's clothing.

The Midnight Zone (WIP) - Both the Beauty and ugliness are to be found in great depths.

The Final Wall (Not Made) - The final conflict of Creepypastas and normal users.

MCCPBunker Episode 1 (Only on forum) - How it all began.

Show my relations with the people in this chart.

Green (+70): We are allies. I will be on your side regardless of what happens. *Salutes*

Blue (+30): We are friends. We enjoy good relations, but I won't be caught off guard if you break a rule.

Red (-130): I will rip apart everything you hold dear to you until you have nothing left to hold.

Denarium
Retrieved from "https://minecraftcreepypasta.fandom.com/wiki/User:TheMysteriousHood?oldid=323578"
Community content is available under CC-BY-SA unless otherwise noted.