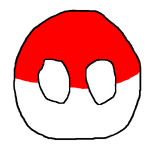 Similar to the signs of Herobrine.

Invisibility, telepathy
Now, we've all have heard the story of the supposedly legend of Herobrine. You know, the one "spirit" who is said to roam and stalk you in what you thought were safe single player worlds? Now, I know what you're probably thinking to yourself: "Hey! Herobrine isn't real! Notch said he's fake and always will be!" But... what if I were to tell you that Herobrine IS real...(WTF)

However, not in the way one may think.

Let me explain. About 3 years ago, I was playing in a older version... Alpha or Beta, I can't really remember. It was a simple time back then. I was at a younger age and I didn't really think about how harmful such an innocent game like Minecraft would be. As far as the memories, however, there wasn't much... I remember my first world, my first house, you know, things normal players would remember when they first started they game. Now, I had a friend who told me about this little Herobrine rumor going around. I thought it was kind of funny, because I thought he was joking with me. So I shrugged it off. I must admit, I was a little intrigued about this silly little ghost. You probably would be too if you thought some evil guy with no eyeballs was going around attacking people in such a colorful game.

In those days, I never recalled actually seeing Herobrine... but I saw someone who almost acted like him... but looked WAY different. This "player" was all black. You couldn't see any detail at all... He was just pitch black. I never thought much of him, because he never directly came up to me... and he never ACTED hostile in a sense... he was kind of watching so to speak.Some time passed, and ever since I upgraded to a much bigger step, like the public 1.4 for example, he kind of... vanished. Gone. I was a little older by then, but still didn't think of him as "evil." I remembered how fun the old times were... So I wanted to try and find a way to play on older versions, but I never could...

That is, however, until Minecraft's new launcher came into place. You could actually go back in time... So I did. Keep in mind, my game wasn't modded, you couldn't really mod an older version, or at least I couldn't.I started up version 1.2.5, in beta I believe. All was fine of course, until after a few days. That's when the "spooky" ghost known as Herobrine showed himself to me. After walking home from mining, I went through a little forest to the east of the location of my wooden shack. Because smooth lighting wasn't a thing yet, it was really dark for me. I couldn't make out much... until there was light. A very dim light, it showed out in the corner of my eye. When I walked back after seeing it, I saw it was the cliche redstone torch. I thought that this was just a little prank Mojang put in so everyone would shut their mouths about Herobrine. I examined the torch very carefully, but, thinking it was a little joke, I continued walking. When I reached my house, a sign showed up where my door was. "Another prank." I thought. This sign was a little strange. It said one world: "null." Now, if I'm not mistaken, null usually is something similar to saying "Not Available" or something. So, with my not-very-unsuspecting mind, I thought it was meant to be another joke, but kind of bugged out.I slept off the night until morning came. When I walked out the front door I heard something like the sound of crying, whimpering, shouting... or possibly a growl. But, while the sound played, the noise it made got corrupted and turned into a muttering glitch noise. I looked around, left, right, behind me... No one was there... but out of nowhere a fall damage noise was heard. I quickly turned around, and I saw Herobrine. I was shocked. Before I could do anything however, my game froze, and the screen turned into the dirt background before Minecraft randomly quits itself. In fear, I was wondering what in the world did I just see!?

I've had enough. I e-mailed Mojang as soon as I could, asking why they would put such a stupid prank into such a horrifying scene... There was no response until about 2 months... but they didn't say sorry or anything. They gave a message along the lines of. "We cannot say anything discussing the matter of "Herobrine."I didn't want to play in those happy-go-lucky days of older Minecraft anymore. So I updated to 1.7.2. I started a new world. I spawned in a plains biome, and I went to explore the new biomes that were made for this update. I never got around to any interesting ones, so I decided I'd give up. After all, I just suffered 3 nights without shelter. After I built it I logged off. I didn't play again for a few days, because of course, school is a priority. When I eventually got around to free time, I went into my world. However, I wasn't in front of my brand new built house. No. Instead I was deep underground. So deep that I could see bedrock particles. I turned my brightness up so I could see better. In front of me was a narrow hallway. It didn't have any light, so I decided to walk down for a bit. After at least 5 minutes, I was tired and I wanted to turn back but out of nowhere, I realized a wall of stone was blocking my path. Had someone put that there to prevent escape?

It wasn't long now until I discovered again, another cliche redstone torch. I was thinking to myself "Oh great." I continued my journey through this narrow 1 block width tunnel. More torches started to appear, possibly lighting my way. I reached a dead end, however a sign was there to greet me. When I started reading the sign, I heard another corrupted noise, almost sounded like saying a depressed voice asking for help... the audio cut out afterwards. I was scared to turn around... the sign was already enough with these newly shown letters, unreadable with swedish text. I quickly took a screenshot before manually exited out my game.

I opened the screenshot, followed by Google Translate. I slowly typed in the words one by one. I then clicked "Translate." What I read made my heart go cold. It said: "Help! Null is here! Tell everyone about me!" I hesitated before thinking about playing the game again. But I came to the conclusion that if I don't "help" now, I may not get the chance to later. I logged back in. I was greeted to being up high in the sky, nothing in my inventory, and there was one piece of bedrock holding me up. I looked around... and there he was... the name you've all heard before: "Herobrine."

I stared at him, until my screen got bugged and turned into static. I was stuck in place. He started to use the chatting system...However, no nametag was shown who was stating the message. I took screenshots of every sentences he made before he decided to crash me again. Once again, I had opened Google Translate. The messages got more creepy the more I translated. It stated the following:

"Do you remember playing during the golden age of Minecraft?"

"If so, do you remember the man you were greeted by every now and then.

""The one who was as black as night itself."

"Do not take this monster lightly."

"You can blame him."

"I'm sure you've heard of stories about me. How I tortured innocent players?"

"Every single of them is FALSE."

"I am feared upon being a very evil entity."

"That man you've seen before."

"Please tell everyone that I am trapped."

"Maybe they have a solution!"

"Well then it's HIS game now."

Those words this newly misunderstood character have said... Made me think of a way to help.I talked to another friend, who also played Minecraft. He told me of a YouTuber who played the game and had VERY similar experiences... and how he's still trying to solve this mystery. He had things related to mine such as the sighting in Alpha, the report to Mojang, the same response, even some of the same things Herobrine had done to him. He had a lot of encounters. A few more than me. Herobrine also seemed to be very disturbed during the time of appearing to this guy. Herobrine also led him to clues about whoever "Null" is.

To believe or not to believe, the choice is up to you. Although I do not have visual evidence, due to the fact being that after he corrupted my world, he also took away all evidence of him being present in that world, the ones this guy recorded does leave good solid proof. Just look around YouTube, and you'll find a playlist of all 5 sightings he has had during this report.

Just remember guys: "He's looking out for you.. Trying to warn you of the dangers you can't see."

As for null? "He's looking for you. Trying to endanger you."

Written by the YouTuber AlongCameJosh.